Hello, my name is Shannon Ray. My company, Advanced Telecom Systems sells mobile repeaters to companies that deploy workers to remote areas where there is poor to no cell phone reception, yet communication is essential. We also sell to individual customers that may live or travel in remote areas as well where cell service is weak at best. And we sell to boat owners who frequently venture out in the ocean far enough from the land where the cell signal is an issue. I guess I have taken having good cellphone coverage for granted until recently.

While on a trip to Montana, Wyoming and Idaho my family and friends all experienced what it’s like to not have access to reliable cellular coverage. The frustration of not being able to access not only phone calls but emails and social media was one of the main discussions of our trip. While the trip was for personal relaxation, most in the group still needed to check in with the office and be able to handle daily business issues that need to be dealt with. While I have Verizon Wireless and am completely happy with their service, most areas we ventured to had almost zero coverage. Turns out that all of my family and friends who used other mobile carriers had the same issues. Hindsight is always 20/20, but I really wished I would’ve brought a mobile repeater from the office. 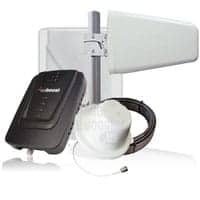 While driving from Red Lodge, Montana… which by the way is a great little jewel of America, and through Bear Tooth Pass on our way to Yellowstone National Park, our group had zero cellular coverage. Again, I know that we’re supposed to be on vacation and heaven forbid if someone can’t post a photo to Facebook or Tweet about the beautiful country we live in, it was still frustrating because our society as a whole has become used to and expects cellphone coverage no matter where they’re at. While driving the subject came up multiple times and every so often, someone from the group would yell out “hey I’ve got one bar”! But then, a few seconds later they would say “it’s gone”.

I began to think about public safety issues, especially up in the mountains where many people go hiking, skiing, hunting, rock climbing and a number of other outside activities, or what about a family whose car, truck or van had mechanical issues and broke down in the middle of nowhere with no reception at all. How would they call for help? 911 didn’t even work! You may be asking how I know that? Off the record, it was because I tried to dial it! But seriously, what if there was a real emergency? You would have to somehow get to a park ranger and hope for the best. While we were visiting, the weather was great. What if it were snowing or a bad storm suddenly blew in? There are so many intangibles that could happen or go wrong. 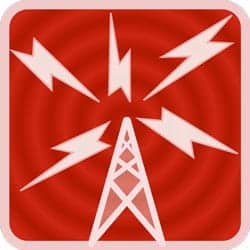 I also began to think about why? Why is there no coverage in these areas? Why have the carriers not invested in this beautiful area and put more cell towers up? Is it because of the terrain? Putting cell towers out in some of these locations would be expensive and take a lot to maintain, but I’ve seen it done first hand in other parts of the country with similar terrain. Is it because of the number of users or the lack thereof? Typically it has to make sense for the carriers to invest in remote areas due to the lack of customers in the area. I think this is doubtful because the roads were packed with many visitors headed through the pass, down to Yellowstone, the Grand Tetons and then on the Jackson Hole, Wyoming. Jackson Hole was tingling with thousands of visitors and while the signal for cellular use was fine, data was a whole different animal and most times our phones could only connect with the old 3G network. Even with that we just got the spinny wheel and nothing would really go through. We would then start looking for wifi hotspots to communicate.

We still had a great time and encourage all of our readers and followers to put this area on your bucket list as it’s a must-see. However, if you do go, call us and order a very inexpensive mobile repeater to take with you. They’re very easy to set up and install and will easily fit in your carry-on bag. Even if you’re not planning on doing any business or social media, it could very well save your life if an emergency suddenly arose.

Get your FREE estimate today!